Today's Sepia Saturday starts with a group portrait and then briefly examines the cast of characters - those onstage and those mysteriously offstage.


Here is the Zalk family, circa 1900: Max (b. 1859 in Poland), his wife Gittel (aka Gertrude), and their children Sarah, Louis, and baby Eva. The person I'm especially interested in is Gittel, nee Lass. 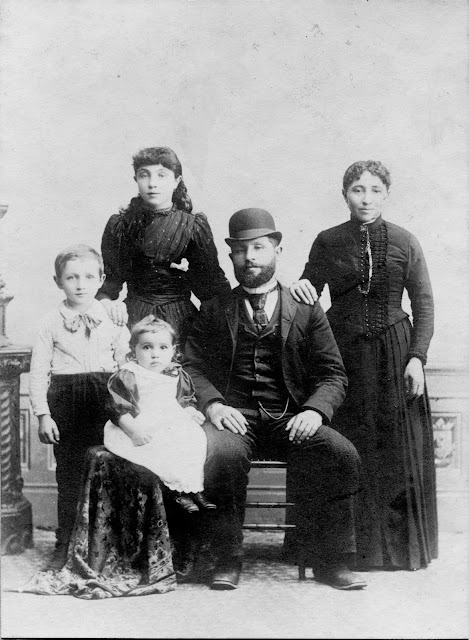 The story I have heard is that she did not want to come to America; Max came over and had to convince her. She finally emigrated in 1888 with Sarah and Louis (age 3).

According to the 1910 census, Gittel was born Nov 1851 -- or in 1852, according to the 1930 MN census. Her daughter Eva’s birth certificate states that Gittel was born in 1860. Hmm. In addition to these discrepancies, I have spent considerable time winnowing conflicting stories and data in order to determine whether Gittel was the half-sister or the step-sister of my great-grandmother Lena Laser Blumenfeld. Step-sister is most probable.

One version of the relationship is that Lena Laser's father, Moses Laser, died; her mother, Leba Laser (nee Loss) (who was also sometimes referred to as Libshe or Lipse Loss!) , then married a widower with the last name of Lass -- one of whose children, Gittel, was much older than Lena (born in 1865).

But there are other theories as well. For one thing, the similar surnames (let alone the musical-chair given names) are enough to drive one batty. Lass, at least, appears to be solid, as there were other relatives in Minneapolis by that name.

Here is what purports to be a later photo of Gittel. Do you think, as I do, that she bears little resemblance to her earlier self?  She seems a good deal paler, for one thing. 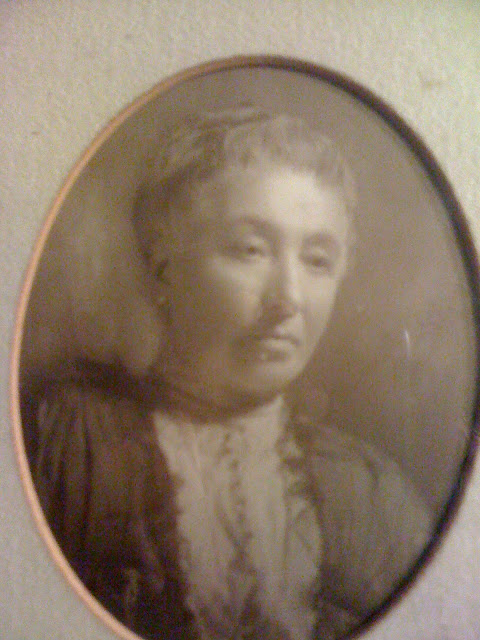 Here is my forebear, her step-sister Lena Laser Blumenfeld, at a similar age, probably in the 1930s. 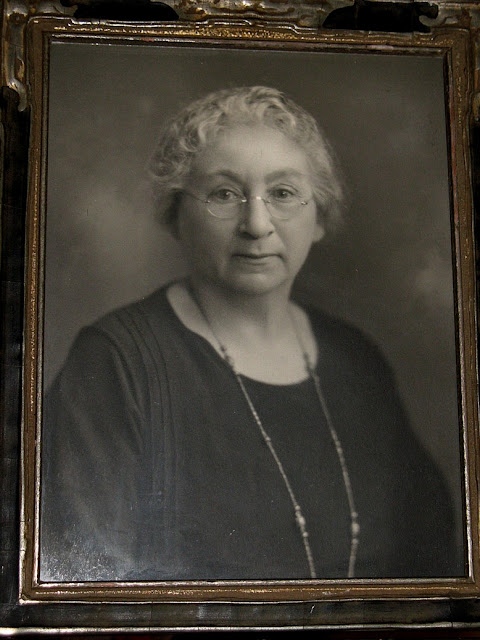 Compare this photo of Lena as a teenager in Kovno (now Kaunas) Lithuania. Not much resemblance there either, but at least her complexion is the same! (Victoria Carte refers to the format of the photo. If your browser can translate Lithuanian, there is some semi-intelligible information on this Kaunas University Library page.) 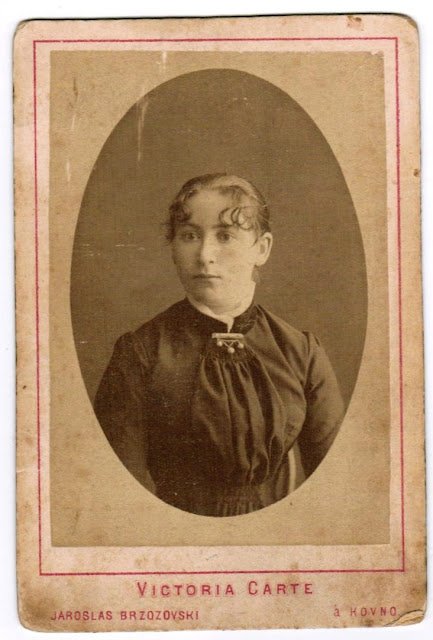 For the record, the following is the only known photo of Lena's mother Leba Libshe Lipse Loss Laser Lass...or whatever... taken sometime before her death at at 87 in Minneapolis in 1923. (She emigrated in 1912 to join her children in the States.) 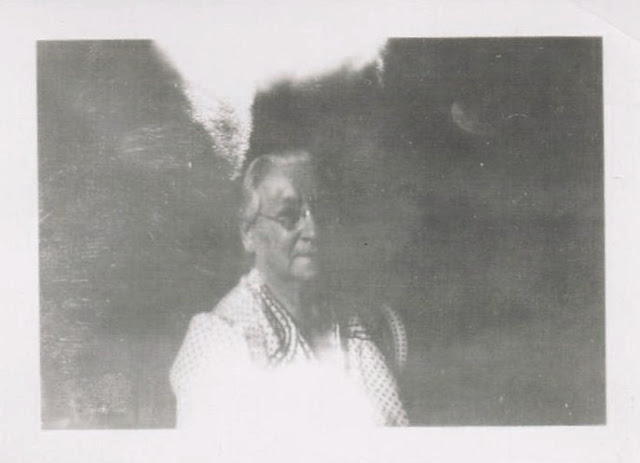 Babushkas one and all! Eventually, at least. 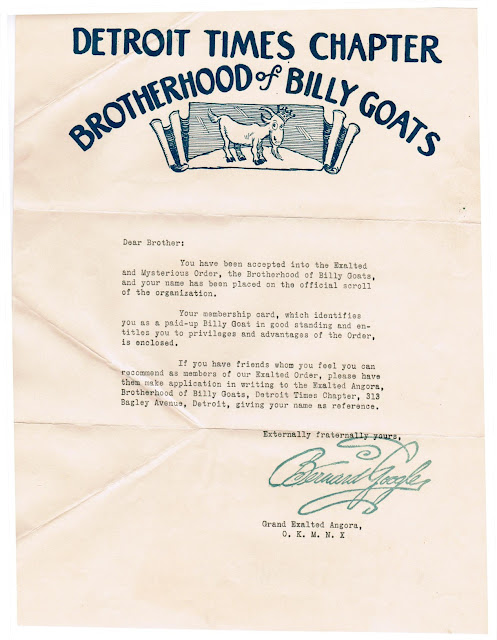 This card accompanied the letter. 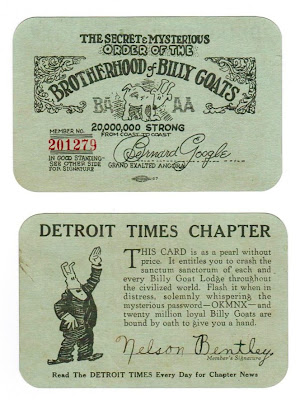 And for good measure this little ad was included. 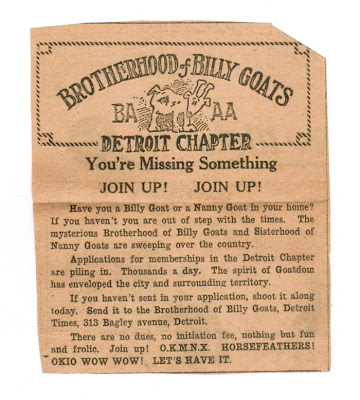 Which was but a taste of the full treatment afforded other papers. Oh, and if you remain puzzled by the acronym... read this aloud
F.U.N.E.X.
S.V.F.X.
F.U.N.E.M.
S.V.F.M.
O.K.M.N.X.
Posted by Sean Bentley at 7:16 PM 1 comment:
Email ThisBlogThis!Share to TwitterShare to FacebookShare to Pinterest

In keeping with the Sepia Saturday weekly theme, I present my late Uncle Paul Singer, when he was in the service in the Forties, featuring his "saucer cap."

What's that, you might ask?
From Wikipedia: "A peaked cap, forage cap, barracks cover, or combination cap is a form of headgear worn by the armed forces of many nations and also by many uniformed civilian organizations such as law enforcement agencies. In the United States military, they are commonly known as service caps, wheel caps, saucer caps, or combination covers in the Naval services."

Paul was my mother's younger brother.
A relaxed and friendly soul, not to say devil-may-care, he took after his dad Arthur Singer.
Unlike Art, he never seemed to find his calling....


Paul was stationed, I believe, at Fort Bragg, California. He was a DJ at the Army base radio station...
Somewhere I have a 78 RPM record he cut at the studio as a letter home.

Soon after his first marriage, his wife left him.  She took their 2-year-old daughter, who, when she was old enough to want to get in touch, was forbidden to contact the Singer family.


The years passed.
He did this and that through the Fifties and Sixties...
In the early Seventies he tried to start a lobster ranch in Puerto Rico but the government funding failed to come through and he came back to the States disillusioned.
At one point he was selling meat, or possibly fish, from the back of a truck around Los Angeles.

And then shortly after the last time I saw him in 1979 he left his second wife.
In fact, he left town, without telling anyone where he was going.
We never saw him again.

I was also able to locate his daughter, now in her 60s, and provide her at last with photos of her long lost father and his parents.

Today's Sepia Saturday returns to the Detroit of the 1930s, and to a special edition of my father's hand-crafted Daily Blah, which he produced for many years and posted at his school.

Most often the paper was produced in pencil on oversize newsprint, which, 80 years later, are perhaps unsurprisingly quite yellowed and brittle, crumbling around the edges. Great candidates for preserving electronically!

In 2010 I posted samples of other Daily Blah front pages, on this earlier Eff-Stop sepia post. The following full issue, from late in Nelson's 17th year, memorializes his longtime favorite Airedale, Michelangelo, and as a rare feature includes some photos taken by the editor. 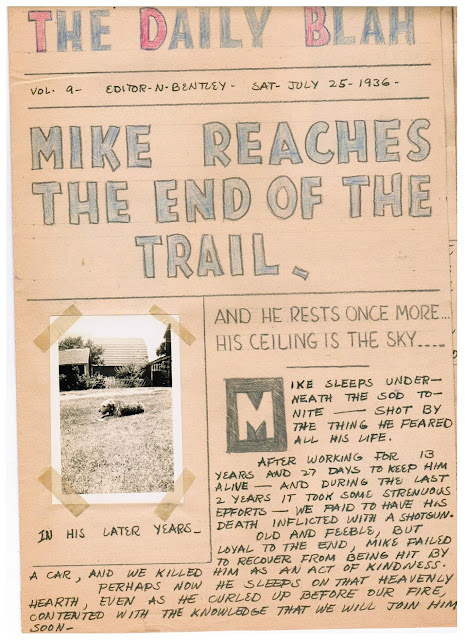 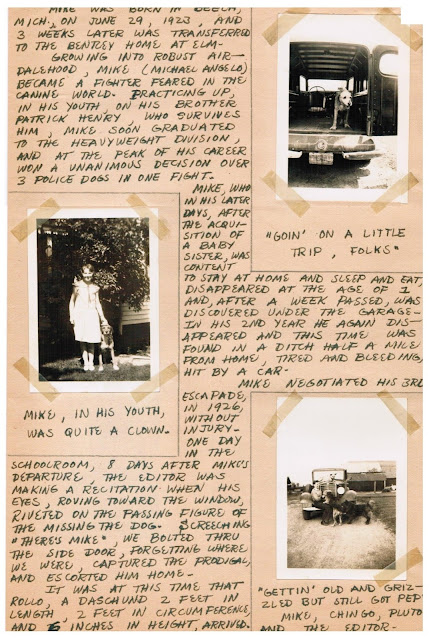 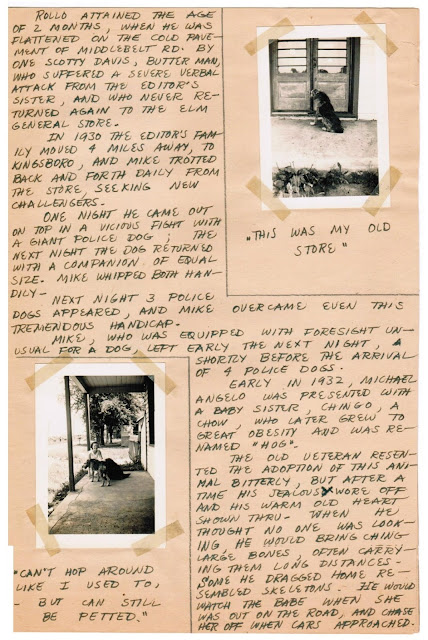 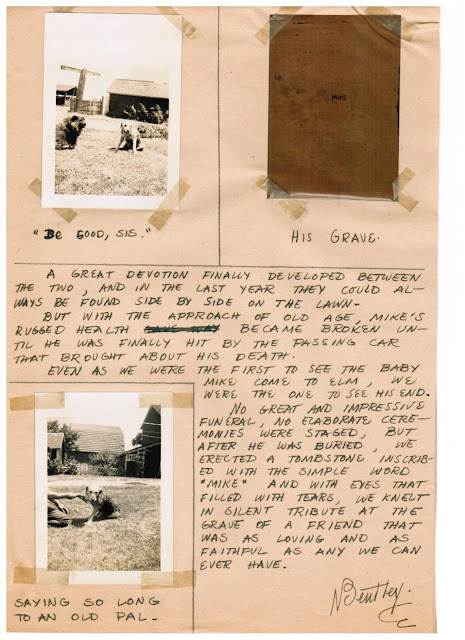 In honor of Groundhog's Day I post a Sepia Saturday addenda featuring small furry creatures venturing out in the sunlight. 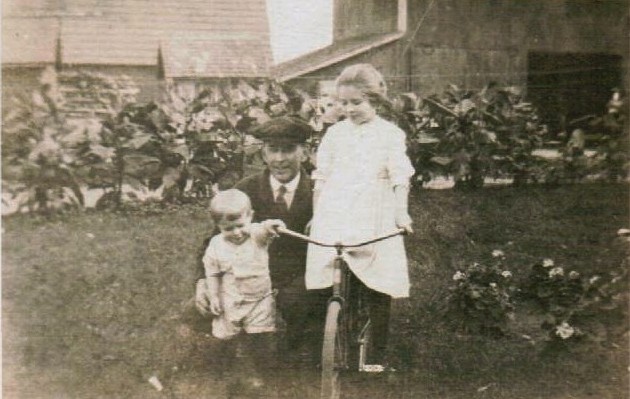 Today for Sepia Saturday I offer the only known photos of a man I believe is my father's grandfather, John J. Bentley.  However, since the theme for the week involves bicycles, I'll open with this one of my father Nelson with his father George and sister Dorothy, circa 1920.  There - that's out of the way!  Now:

The memory of my mother, 90, has been getting worse for a couple of years now. About a year ago when we went to the bank to see what was in her safety deposit box, because she couldn't remember, we realized that she had misplaced the key. Rather than having them expensively drill out the lock, we decided opening it wasn't a priority.

Last weekend, as we moved her into an assisted living apartment, I by chance decided to pack one of her jewelry display cases. This necessitated removing and wrapping the knick-knacks within it; I happened to open one of these, a silver box I remember being fascinated by as a child. Inside the box along with some special edition quarters and foreign coins was the missing key. The following day we returned to the bank.

In the safety deposit box, along with various legal and financial papers, was a motley collection of memorabilia only a mother could love: my sister's and my own baby hair in tiny envelopes; everyone's birth certificates; my grandfather's death certificate; my parents' high school and college diplomas... and (jackpot!) several envelopes of old photos of my mother's and father's families - most of which I had never seen.

I am astounded that even though I have been rabidly researching our family for nearly ten years, my mother never mentioned that these photos existed. And at this point neither she nor I know where she got them or how long they were in her possession.

I don't know much about John Bentley. He was born in 1850, and it's not unlikely he was born in the same house we see here in Elm, Michigan, a very rural suburb of Detroit. His father, George Nelson Bentley, from Saratoga, New York, had settled in the area in 1835.
In 1869 John married Margaret Bredin, whose family had arrived in 1864 from the Londonderry area of Ireland. (I have a separate Sepia Saturday post about her and the fairies that accompanied her on the voyage.)


John Bentley died in 1922 when my father was about four, not long after this photo was taken.
Posted by Sean Bentley at 11:08 PM 11 comments:
Email ThisBlogThis!Share to TwitterShare to FacebookShare to Pinterest
Labels: bredin, family, michigan, sepia saturday
Newer Posts Older Posts Home
Subscribe to: Posts (Atom)